Do Nootropics Work? Let’s Find Out

By Nootropic TechnologiesNovember 11, 2020No Comments 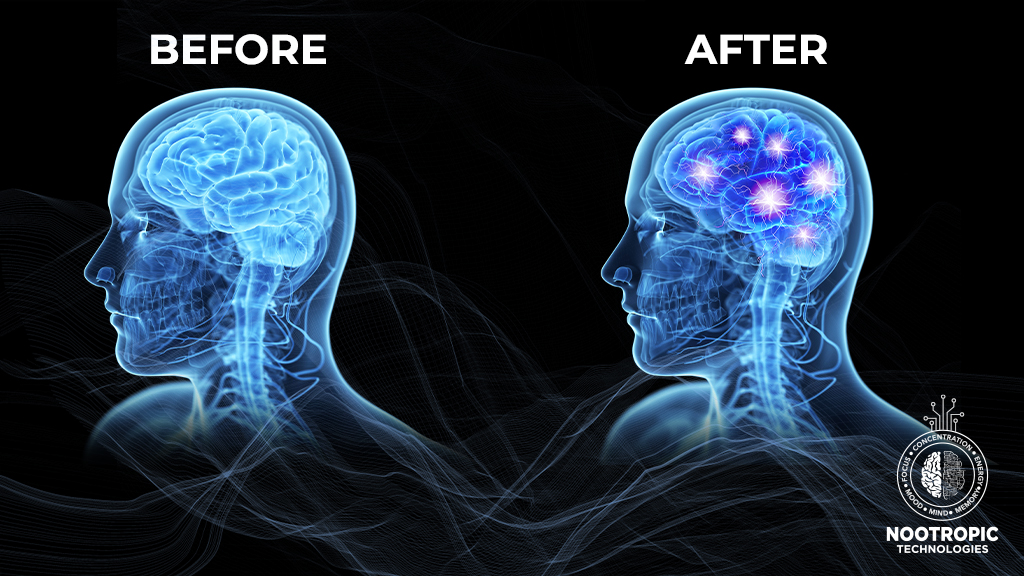 Some people are naturally trusting.

Are you one of those people?

But when you work in competitive fields where you need to use every last one of our IQ points on a regular basis, you’re considered a perfect candidate to give nootropics a try.

To “change your mind,” not in the figurative sense, like attempted during family political discussions, but in the literal sense–enhance the capabilities of one’s mind–might sound like something from science fiction. In fact, it is. Many works of science fiction explore the possibilities and the effects of enhancing human cognition, such as in the form of a “smart drug” or “limitless pill.”

If you read or watch much sci-fi, you know that the results of mind alteration are often disastrous.

Fortunately, nootropic supplements can be completely safe, if the supplements taken are vitamins, herbs, and other natural substances. (Taking nootropics drugs come with other potential risks and side effects, so anyone considering that route should research safety in detail).

For an experiment, let’s try it with safe and effective natural ingredients.

The results will surprise you.

There’s no such thing as a single, magical pill, to make someone smarter or even healthier.

Or so I have heard and would have said I believed.

It turns out that occasionally there are exceptions to this rule.

When you suffer from a nutritional deficiency, as do the majority of adult Americans, taking the vitamin in which you are deficient can have profound results.

Or, at least, that is our working theory after the immediate and noticeable changes on a single supplement: vitamin D.

You can decide to get initial lab work done, before undergoing any nootropic enhancement. You can build a stack based on tested deficiencies. You could guess, based on common deficiencies, but you can also have some laboratory verification.

88.5% of adult Americans do not get the recommended daily dietary allowance of vitamin D. In this case, let’s say there are two additional risk-factors for deficiency: living in the low-sun Pacific Northwest and having a more olive complexion.

Even if you live in the Sunshine State, sun avoidance, and the liberal application of daily sunblock can create a low-sun situation.

As for olive skin, those with darker skin tone may be less efficient at generating vitamin D from the sun (but it is likely why this skin tone rarely gets a sunburn, so pluses and minuses).

Still, even with those risk factors, there can be something unexpected, such as abysmal test results like: just 15% of the minimum blood vitamin D levels.

Within mere minutes of taking vitamin D, you can feel improved mood and cognitive function. Fortunately, if you’re a naturally happy, joyful person, fixing something small like a deficincy can feel like a switch turned on an internal ray of sunshine.

After such glowing results (the puns continue), you can round out the nootropic stack with other vitamins in which you could be in the bottom of the ideal range.

The other positive effects from taking a tailored nootropic stack can include:

All of those effects may have been tied, in some way, to improved sleep quality.

So what is a nootropic stack?

A “stack” in the nootropics world is the combination of supplements taken by an individual.

So what supplements should be in your nootropic stack?

For a man’s stack, follow the research for his health and risk-factors, rather than to pursue lab work as you could do with a woman.

Here’s general info of a programmer in this example: white male, mid-40s in excellent health; active lifestyle (mountain biking, snowboarding, etc); no major health incidents in his health history or risk factors in his family history; IQ in the top 1% of the population; works with that big brain of his all day long writing software.

Though on the surface it might sound like he has zero need for enhancement, he’s actually the perfect candidate for an experiment with nootropics. Nootropics users are overwhelmingly healthy, successful men looking to maximize their potential.

Since he uses his body roughly, you can include in his stack supplements for muscle and bone health. Since a programmer stares at a screen for up to 10 hours per day writing software, round out the stack with some of the key vitamins and herbs for optimal mental performance.

It can take about three days to achieve noticeable results, but ultimately what can be experienced is:

An already smart, active guy can feel like he’s absorbing information, generating output, and physically exercising at rates he hasn’t seen since his college days.

I think you can agree to call that a success and stay on that nootropic stack indefinitely.

Find Out for Yourself

You can be happy with even a barely noticeable 10% improvement in any measurable category, yet the results will show a much higher % than that!

But to justify the cost of nootropics, it’s nice to have seen such rapid, definitive results.

A great place to start would be with a multi-supplement, built-in stack, such as the MindTech cognitive enhancer. Since it already contains many of the supplements and herbs most likely to obtain results, it’s like a one pill nootropic stack.

Give it a shot and find out for yourself if nootropics work for you!