What is a Nootropic Stack?

By Nootropic TechnologiesNovember 9, 2020No Comments 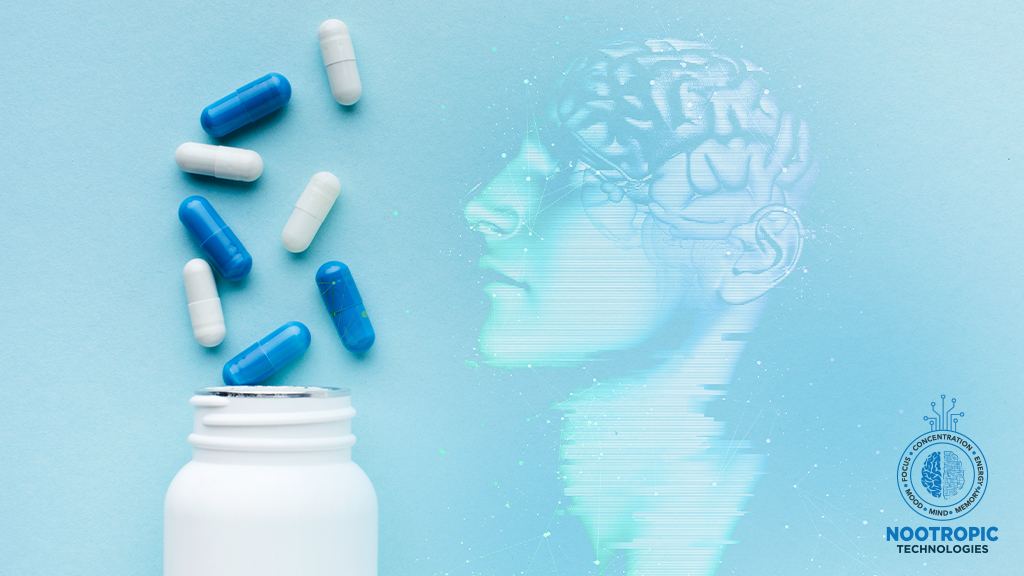 A nootropic stack is the ideal combination of nootropics for an individual, taken together for maximum benefit.

We’ll take a look in brief detail, including how to create your own nootropic stack.

What is a Nootropic?

There’s been a lot of buzz about nootropics everywhere from podcasts to Reddit to the news. While some say it’s all hype, others tout such benefits as increased focus, productivity, creativity, energy, and more.

So what exactly is a nootropic?

A nootropic is any of a broad range of substances that are said to enhance either physical or mental condition or performance.

Originally coined by a Romanian scientist, the term combines the Greek words for “mind” (noo) plus “to turn or change” (tropic).

The most common nootropic would most likely be caffeine, though it didn’t earn that moniker until recently. Caffeine can temporarily boost energy, but also enhance mood and boost extra calories. It has even been said that caffeine can protect against diseases such as Type 2 diabetes and dementia.

Like many other nootropics, caffeine can be taken to excess, and the effects of caffeine can wane as an individual develops a tolerance for it.

We’ll talk more about that in a moment, because it may be possible to win back those desirable results if you experience nootropic tolerance.

Nootropics have grown increasingly popular in recent years for top athletes, Silicon Valley entrepreneurs, and anyone looking to get ahead in a competitive world.

As you might imagine, the idea of a single nootropic meaning everything for everyone is unrealistic.

If caffeine were enough on its own, people wouldn’t seek other nootropics.

But as research has expanded, effective nootropics have been identified. Combining nootropics to be taken together, to maximize benefit, is known as a “nootropic stack.”

The best nootropic stack is that combination of nootropics which best create desirable results in each consumer.

The most effective nootropic stacks get adjusted and tweaked, to maximize benefits for each user.

Some Notes about Safety

Just as not all nootropics work the same, not all work as safely.

The off-label use of medications like Adderall and Ritalin garnered national attention when news broke that as many as 35% of college students had abused prescription stimulants.

While much could be said about why young people, in competitive academic environments, with under-developed decision-making skills, would illegally use a medication, the primary point is that these stimulants have serious, even life-threatening side effects, such as:

So not only is it illegal to use such medications without a prescription, it’s incredibly dangerous.

Most people know not to use drugs. Not all substances used as a nootropic have such obvious consequences, however. Some substances, marketed as supplements are, in fact, drugs.

For these reasons, it’s important to research both safety and efficacy before taking any new nootropic substance.

Fortunately, the results you seek can be obtained without using drugs.

Once you identify the nootropic supplements you want to try and build your stack, you can adjust your stack following some simple guidelines:

Taking it back to the caffeine idea: say you see less effect from your daily cup of joe, what can you do about your caffeine tolerance… just keep taking more?

Eventually, the side effects of caffeine— anxiety, insomnia, irritability, even kidney issues–might increase, without any increase in benefits.

A better idea is to gently wean yourself off of the caffeine. Sub decaf for your regular in increasing ratios until you have reduced your intake to full decaf for at least a period of time. Then, if you choose to, you can gradually add back some caffeine.

In the meantime, increasing nootropic vitamins, such as your B vitamins, can help get you through your caffeine withdrawal.

Any nootropic supplement tolerance you build up can be cycled out and added back in this way, keeping you on your top game.

Start with a Builder

Building your ideal nootropic stack starts best with a solid foundation. We’ve built that foundation into our MindTech supplement–exclusively the most effective vitamins and herbs for a curated nootropic stack.

Unlike caffeine-boosting nootropics, our caffeine-free formula doesn’t give you that quick, artificial high of extra caffeine, which means it’s also safe for individuals avoiding caffeine or consuming it in other forms (like coffee or tea).

You get just what you need from your nootropics, without any undesirable additives.

Give it a try and see what your mind is like, firing on all cylinders.